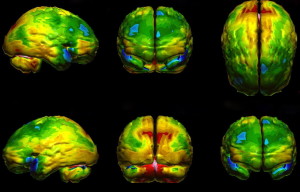 The brain is a fragile organ that can deteriorate or become damaged by substance abuse. Most people who abuse substances are not thinking about the state of their brain when they do so. If they are, they are likely convincing themselves that their brain is not being harmed by it. But the fact of the matter is, substance abuse can have lasting effects on a person’s brain and can make it function at a much lower level. Fortunately, the brain is also resilient and can respond very well to an altered lifestyle. Those willing to quit their substance abuse and change their diet and lifestyle to restore their brain function may be able to achieve the highest level of brain function they have ever experienced.

Substance abuse damages the brain by altering its functions, patterns, neural networks and activity for the worse. The brain requires a harmonious balance of vitamins and nutrients to functional optimally. Substance abuse replaces vitamins and nutrients with a flood of toxins that disrupt the brain’s normal operations and reduce its functionality. The brain can be damaged permanently by ongoing substance abuse, but most cases are reversible. Leaving substance abuse behind and switching to a diet of lean proteins, plant proteins, antioxidants, omega 3’s, fiber and a wide variety of vitamins and other nutrients heals damage done to the brain through substance abuse. Altering one’s lifestyle to allow for consistent sleep, exercise and self care is also essential to good brain health.

It is the mission of Amen clinics around the United States to give people a much clearer understanding of the shape their brains are in. One cannot X-ray a brain to examine the subtle physical changes it is undergoing due to substance abuse or any other condition. SPECT imaging, which is the medical service that Amen clinics offer, give people a safe and thorough opportunity to see the state their brain is in, as well as monitor its progress. For many, the realities of substance abuse are not made clear without a visual representation of what they are doing to their brain. 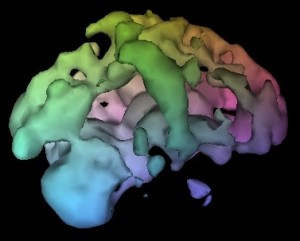 Substance abuse refers to the overuse of drugs, chemicals or food. Substance abuse is, tragically, a common problem in every society across the globe. Every culture has members who drink in excess, ruin their reputations with drug use and overeat. The reasons that people do this are complex, but they always come down to the desire to stimulate brain chemicals that signify pleasure. Recent studies indicate that the pleasure chemical dopamine, which is released in the brain, is stunted or inhibited in some people, causing them to seek out ways of creating more dopamine.

This unchecked pursuit of dopamine often leads to substance abuse and addiction. A person will overuse food, drugs or alcohol to the point that they are unhealthy and putting themselves in jeopardy. It is very common for people to lose jobs, scholarships, relationships and respect because of substance abuse issues. Substance abuse always comes with behavior problems, broken thought patterns and unhealthy decision making.

The way that substance abuse affects the brain is profound. Although substances that alter the mind have the temporary reward of mood alteration, they also have the long term effect of mental and physical deterioration. The golden rule of “everything in moderation’ is broken in substance abuse, causing a chemical imbalance. Any chemical imbalance will have an eventual negative affect on the brain. The chemical composition of what is put in the body reshapes the brain, for better or worse. When the individual is ingesting brain healthy substances that contain vitamins and nutrients, as well as living a healthy lifestyle, the brain will function at its optimal level. If a person is ingesting harmful substances that contain toxins, the brain will deteriorate over time. A consistent flood of toxins will make the brain function differently, weakening certain areas, changing the patterns of activity in other areas and inhibiting over all brain function. A drug or alcoholism recovery is essential to reversing the damage done by susbtance abuse. 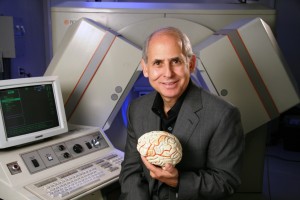 Dr. Daniel Amen is the founder and medical director of the six Amen clinics in the United States. His innovative methods make use of SPECT imaging in a way they have never been used previously. The praise of his innovative methods and practice of psychiatry make him one of the most renowned psychiatrists in America today. He is a regular name on the New York Times list of best selling authors, and he frequently makes appearances on television shows such as Dr. Phil and The View.

As well as being a psychiatrist, Dr. Daniel Amen is also a physician, and it is this combination of medical science and mental science background that gives him the advantage of success in his field. His clinics have performed over 100,000 SPECT imaging scans on patients to help them with a plan for developing better brain health. Dr. Amen is recognized as the leader in the field of studies on brain damage in professional football players, and was also awarded the title of “Distinguished Fellow of the American Psychiatric Association.”

Dr. Amen has made his expertise widely available to the public through his psychiatric celebrity status. His television specials and appearances have raised a great deal of awareness on brain science, and have raised a great deal of funding for public television. The books and articles he has written and contributed to have been translated into many international languages, as well as reaching the highest rungs of the best seller ranks.

Dr. Amen has encountered his share of criticism as well. Critics of his work claim that he professes to be a mind reader, overstepping the limitations of what a SPECT image can reveal about a brain. Others say that his clinical practices misuse medical technology, exposing people to potentiallty hazardous nuclear medicine that has not been long enough established. It is true that SPECT imaging is a recent science, but the claims that Amen clinics are mishandling the science are unfounded. 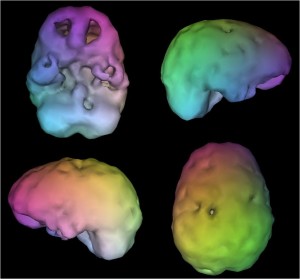 The science behind SPECT Imaging offers a breakthrough for people who needed help caring for a vital organ that people sometimes overlook in the creation of their lifestyle:  the brain. SPECT stands for single photo emission computed tomography. It is a type of brain scan that uses nuclear medicine to observe the activity patterns and blood flow in glands and organs. This medical technology has become a valuable tool in detecting health problems and in preventative medicine. It became much more accessible to the public when Dr. Daniel Amen began offering SPECT imaging services in his clinics for the purpose of gauging the health of people’s brains.

In the medical community, SPECT imaging is used on the brain for the purpose of studying brain injury, dementia and Alzheimer’s, seizure activity and other forms of brain disease. At Amen clinics, which are located in six cities across the United States, the medical science of SPECT imaging is combined with the practice of psychiatry to assess psychiatric issues, anxiety, memory problems, dysfunction, substance abuse, types of ADD, depression and aggression. A person can learn things about their brain that they may have spent a lifetime trying to understand in a matter of hours.

What people ingest and how people live has an immense effect on the health of their brains. A person’s diet habits, substance abuse patterns, medications and sleep habits can all be detected through SPECT imaging. The combination of the SPECT imaging, which requires no more of the patient than any medical brain scan would, and a consultation with a physician who assesses the diet and lifestyle habits of the individual, creates an accurate assessment of why the individual’s brain is in the condition that it is in, as well as how to change it if the condition is bad.